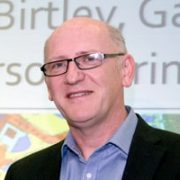 There is good news for anyone living near or under a flight path of one of the UK’s airports this week. A report out from the Airport Operators’ Association (AOA) shows that UK airports are reducing aircraft noise pollution and carbon emission despite growth in passenger numbers.

The AOA was keen to publish the report in response to political and public calls and to demonstrate that sustainable growth of the industry is possible.

The paper mentions the carbon footprint of 18 of UK’s largest airports reduced by nearly 3% in two years, despite the increase in passenger footfalls and air traffic by 5% and 2% respectively.

With regards to noise near airports, it states that airports are spending more than ever on noise management and investing in local community engagement, but they are thwarted to a certain extent by the population size within noise contours being beyond their control and at the mercy of local planning policy i.e. more houses are still being built around airports and under busy flight paths.

The AOA is now calling on the need for the government to give national policy guidance to local authorities, in order to help them build houses in areas that are compatible with airports trying to reduce noise nuisance.

Cirrus Environmental specialises in environmental noise monitoring equipment and is at the forefront of technology that is used in the aviation sector.

We partnered with Netherlands-based Casper to combine their respective expertise to airports with a cost-effective noise and flight track monitoring system. The new partnership brings together the software and systems expertise of Casper with the noise measurement instruments designed and manufactured by Cirrus Environmental. The power, flexibility and ease of use of Casper NOISE when combined with the Invictus noise monitor gives you the best tools to measure, monitor and manage aircraft noise – all crucial when collating data that will be scrutinised as part of this sensitive community subject.

Interestingly, in the past three years, more than 5,700 homes have been granted permission to build houses in areas around airports, where the Government would expect aircraft noise to cause annoyance to local residents.

AOA chief executive Darren Caplan says: “The report shows that airports are keeping to their side of the bargain, investing and innovating …… and working through industry coalitions to reduce noise.

He added: “We urge ministers to step up and do their bit to deliver supportive policy on issues such as supporting sustainable aviation fuels, promoting a global carbon emissions trading scheme and providing consistent national and local planning policy, which helps airports limit and reduce the number of families living inside noise contours, thereby reducing the number of people experiencing noise annoyance from aviation.”

Cirrus will be watching this issue with interest to see how the battle between aviation and housing lobbies develops, as the main political parties prepare for a general election next year.